APES MC is an Australian based Minecraft server that is run by an active team.
we have spent the last week building this server and are excited to release for everyone 🙂
come and say hi and play some minigames with us.

– Basic Survival (Including Helpful Features).
– Bedwars
– Economy system including (shops and auctions)
– Crates for those who wanna have a little extra excitement
– PVP Arena and Bosses

Ran by the Original Owner
Come check out our custom developed Skyblock Experience!

Tons of custom features have been added such as Mobcoins,
Tokens, Custom Enchants, Geodes, Crate Keys, Gkits, Pets and more!

We strive to have daily bugfixes and or content updates!
Have an idea or suggestion? Don’t hesitate to let
us know and we might be able to add it!

Connect using ANY version of minecraft!

Check in daily to see what might be brand new!
Join our discord for sneakpeaks of
everything before they release!
https://discord.gg/Dtn3AxDRGY

Welcome to Icez Network! A fun, free-to-play network! We have a non-toxic, fun, and active community with cool features such as proximity chat and more!

Join the newest survival server. Pure survival, pvp, shops, jobs and many more to be added. We also have a discord were you can buy plots of land in the shopping district and build your own shops with a proper NPC shopkeeper. And we will be hosting events pretty often. If you want an old school survival Minecraft but a little modernized join us 🙂
Server is always online

Hidden Sanctuary is a fresh 1.19.3 Minecraft survival server looking to expand and add content to the vanilla base game we all love so passionately. In addition to that I would love to invite you to a Discord server. A server that covers all sorts of topics. We love all sorts of games, but the focus is on Minecraft. Currently we have a team of 6 fivehead developers (MC-STAFF role on Discord) that are all ready to dev. We only
recently started this serverproject however rest assured, it will be something unique as all content will be handmade from scratch. We will
be implementing a lot of ideas and the vision of my most recent Minecraft server which I unfortunately had to discontinue due to life
issues.In addition to that you can expect me to make a ton of content about the server with you guys asI stream live on twitch at least 5 days and 30 hours a week 🙂 I am also on YouTube and TikTok.Feel free to click my reddit server profile
to find all my socials <3 Every single update and or change to the Hidden Sanctuary Minecraft server will be polled and voted for. We follow a similar structure to Oldschool
Runescape polls. If you are not familiar with those. 80%+ Yes is usually a requirement for the poll to pass. However, some polls might have a different requirement. If you are mature enough to have read thispost up to this point I think its safe to start throwing you an invite
link 😀 Be sure to check the #mc-server-brainstorm channel if you would like to contribute ideas to the project. We currently have a PTR up the IP is listed below. The PTR is up to date with Minecraft’s most recent version: 1.19.3. PTR Literally launched last night as we got too excited discussing the server ideas haha and we had to play for a bit 😉

I would like to reiterate that we are in ALPHA stage at the moment.

Overview of my previous server details:

◘ Inventory items are dropped on death, no exceptions.

◘ PVP Enabled everywhere except for claims and 64×64 spawn-protection.

◘ Claims are bought with money. The first land (claim chunk) is on the house.

◘ Economy consists of money, EXP and items gathered. They can be traded between players in range.

◘ EXP will be used to gain special powers/enchants in future updates of the server.

◘
Money is earned by receiving dropped cash notes by slaying monsters,
gathering valuable resources, building, exploring, fishing.. through
pretty much anything you can do in Minecraft.

◘ Players can combine their LAND to form a nation, which can in turn go at war with eachother.

◘ Claims (LANDS/NATIONS) cost money to expand and create. There are also taxes and upkeep costs.

◘ Being at war with another nation or LAND makes it so you can PVP/Raid in each respective zone.

◘ Lands can form nations together, which can in turn declare war with eachother.

◘ Vanilla world generator for the overworld, TERRA for the nether/end and custom content once 1.18.2 TERRA support is released.

Trailer of the Nether: www.youtube.com/watch?v=pe_JWbC1GQc

Family-friendly SMP server with active staff! Vanilla with grief prevention and minigames. Something for everyone–beginners to expert! No donation pings, no lobby, just play! Our server is small; we have just over 100 players. You can get to know everyone on ObiWorld!

Note to parents: This is a safe server for your kids. I made it so my own kids would have a safe place to enjoy minecraft multiplayer. I am on the server daily and I read ALL the chat. Most of our players are between 10 and 18 years old. Staff are able to watch the chat remotely and take action if needed. That being said, I do allow player vs player combat and item keep–sometimes feelings can be hurt. Also, I never ask for money; the server is NOT configured to accept donations. I fund it myself.

Join us on discord: discord.gg/tSrj2EFTGy

AM Empire is a server for everyone so that they can have fun and socialise! AM Empire was named because of 2 youtubers!
Atharv_7 Art Shorts and Mystic, This survival server will be a massive hit, but to make that happen, we need more members in the server, so far we have gotten one member, and that is one of Atharv’s friends. And so we need more members, so if you can join using the IP down below, that would be great! Also please subscribe to AM Empire’s Official YT Channel, that would be appreciated!
IP: AMEmpire.aternos.me
Discord: discord.gg/5FGbn6HEEU 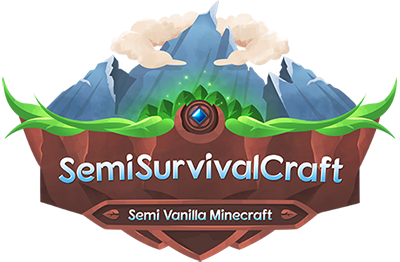 If your playing on Java Minecraft join us at pmc.semisurvivalcraft.com

For all other devices (Bedrock accounts, Windows 10, Mobile, Console, etc…) join us at pmc.semisurvivalcraft.com Port 19132.

> Factions | Guns | PvP | Raiding | MORE!” title=”Eternal Warfare >> Factions | Guns | PvP | Raiding | MORE!”>
Are you ready to form your own digital empire forged with guns, weapons and your own allies? Well Eternal Warfare is the server for you. We are a traditional Faction PvP server with an untraditional twist; guns. Will you become the merciless rulers of the server who never have to work for themselves again? Or will you become the scum that works tirelessly for the top guys? Either way, your destiny is controlled by you.

Alongside the Factions gameplay, we have Mob Arenas that reap you rewards the further you progress which can be used to build the wealth of your Faction. We have also made many quality-of-life choices to the server that make acquring weapons and raiding more accessible for everyone so that you can jump straight into the action without having to grind for hours just to get a foothold. We boast many other features, such as McMMO, traditional 1.8 combat mechanics, economy, jobs, and disabled usage of elytras, totems of undying and withers, so that you get a balanced and fair “vanilla” minecraft experience without the rubbish that ruins Factions and raiding.

We are currently in a Beta phase and are testing the server for stability, gameplay and so forth. We would love you to come and join the battlefield! All progress made throughout the Beta will be saved for a final release version. Up for the challenge then? Head on over using the IP: 135.148.29.96

A cool minigames server where you can play lots of games that are a lot of fun. There are always streamer projects. We also offer larger projects in which everyone can play.