Skip to the content
Website | Discord | Map | Principles
We are a Minecraft creative community and server with a strong interest in historical and realistic architecture. Our core aim is to create immersive and believable builds with fully interactive interiors at human scale, in vanilla Minecraft.

Anyone is welcome to build on the MessyMedieval server. We have a freeplots world that is open to the public, with no restrictions on world edit or other building tools. Furthermore we have a flexible plot system allowing plots to be merged to reach a desired size.

MessyMedieval has a rank progression system where users can submit their builds for approval, gaining access to larger plots and challenging themselves further in an effort to reach the rank of Master within the community.

We have a friendly and welcoming community, Join us today!﻿

We’re SaberMC! A small 18+/mature community of players who love to build and fight with each other!

On our server you can:

We would love to see you join, so give us a try !

Note: 18+ rule is enforced, we like our community this way. We will ban users breaking this rule. 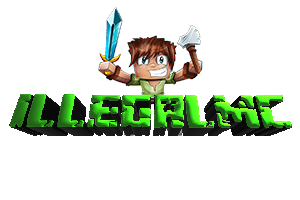 IllegalMC is a new community:
Buy Real World Stocks From Any Market With In game Currency.
Jobs is a great way to start out making money.
Residences plus Ability to Rent To Others
Public Creative World Plots
Custom Blocks
Custom Food
Custom Guns
Over 500 Custom Items
Including Planes and Vehicles!
Casino Games Include: Slots, Dice, Black Jack, Jackpots “Currently Testing”

Utopia is a variety server with several worlds including survival/faction, creative plots, and Skygrid. In the surival world, each player can join one of three factions to fight the opposing factions for player kills. Once you reach 10 or more player kills, you can go to your faction headquarters to call a raid on an opposing faction, and all players on the team with 10 or more kills will receive an award! To rack up extra kills, visit the PVP arena to fight opposing faction members! If the teams and raids are not of interest to you, there is a whole world for you to explore. Go to spawn to find warps to other worlds, team recruiters, and other useful information. The server is complete with the latest MCMMO. Don’t forget to visit the rules room when you join! Have fun and help us create a Utopia!

Welcome to Lectern SMP, a small community where anyone may play survival with grief protection and claim their very own creative plot. Both Java and Bedrock Edition players may connect. See you there!

Welcome to our server list by PlanetMinecraft.com
Hey people,

the server is currently under construction.

When can you expect the server to start?

The server start is currently unknown. We do everything we can to get started as soon as possible!

Currently there is a Survival server and a Creative server running PlotSquared.

This is still a work in progress. The creative site is now permanent but will possibly receive more mods

The survival site is still a work in progress. It may get the world regenerated at some point in the future.

This server is supervised and has build guidelines in order to preserve it’s integrity.

See our Discord for more info! 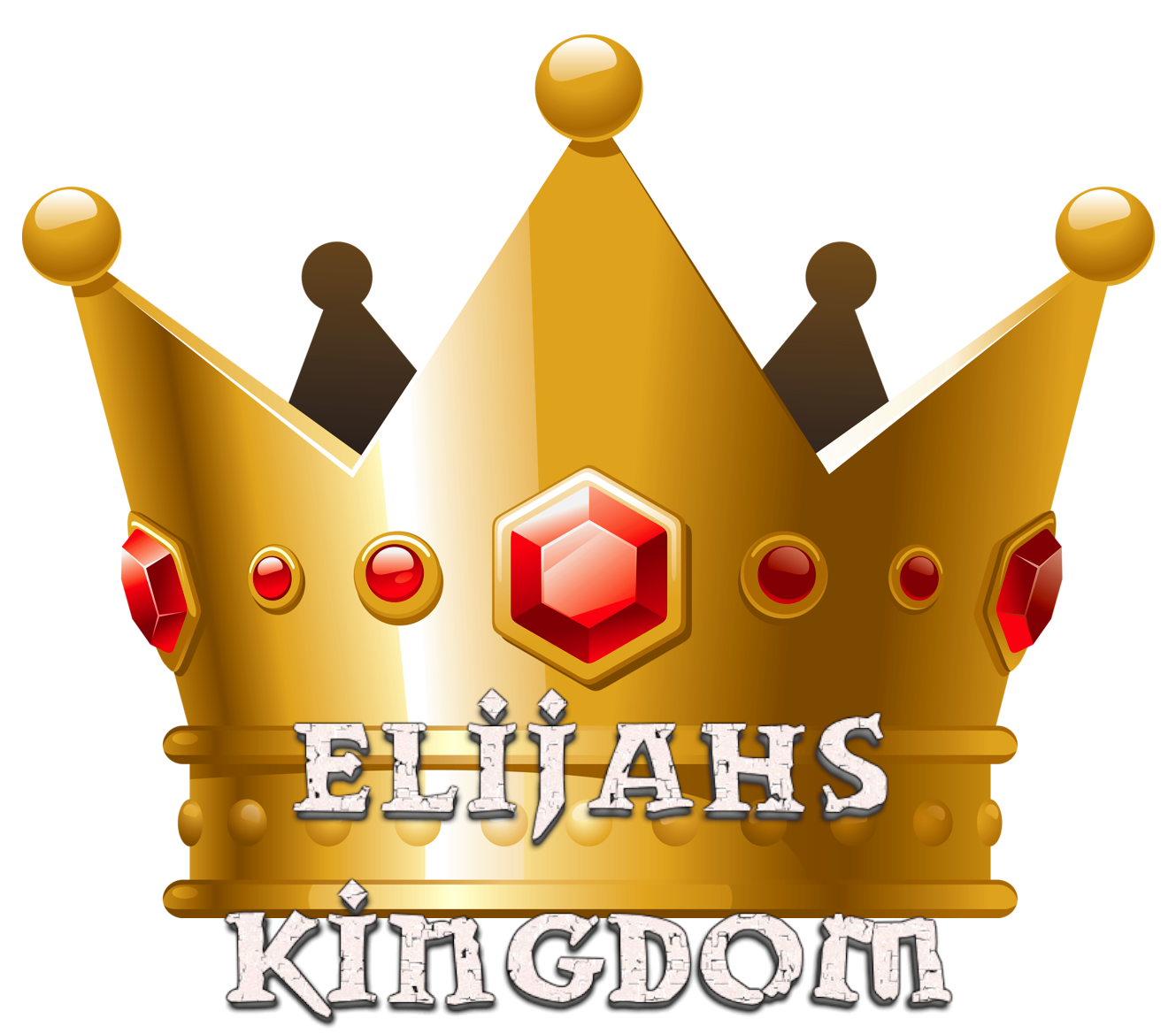 Elijah’s Kingdom Is an SMP server featuring the following:
Survival overworld with a nether and end, Custom resource pack with cosmetic hats and hopefully custom items in the near future. Minigames such as Spleef, Skywars, and Beatdown with room for expansion. Belove plugins such as: Mcmmo, Artmap, AuctionHouse, access to essentialsx /sell hand, ShopChest, and more. We also have Voter/Donor ranks that comes with perks like creative mode, pets, disguises, and again much more! 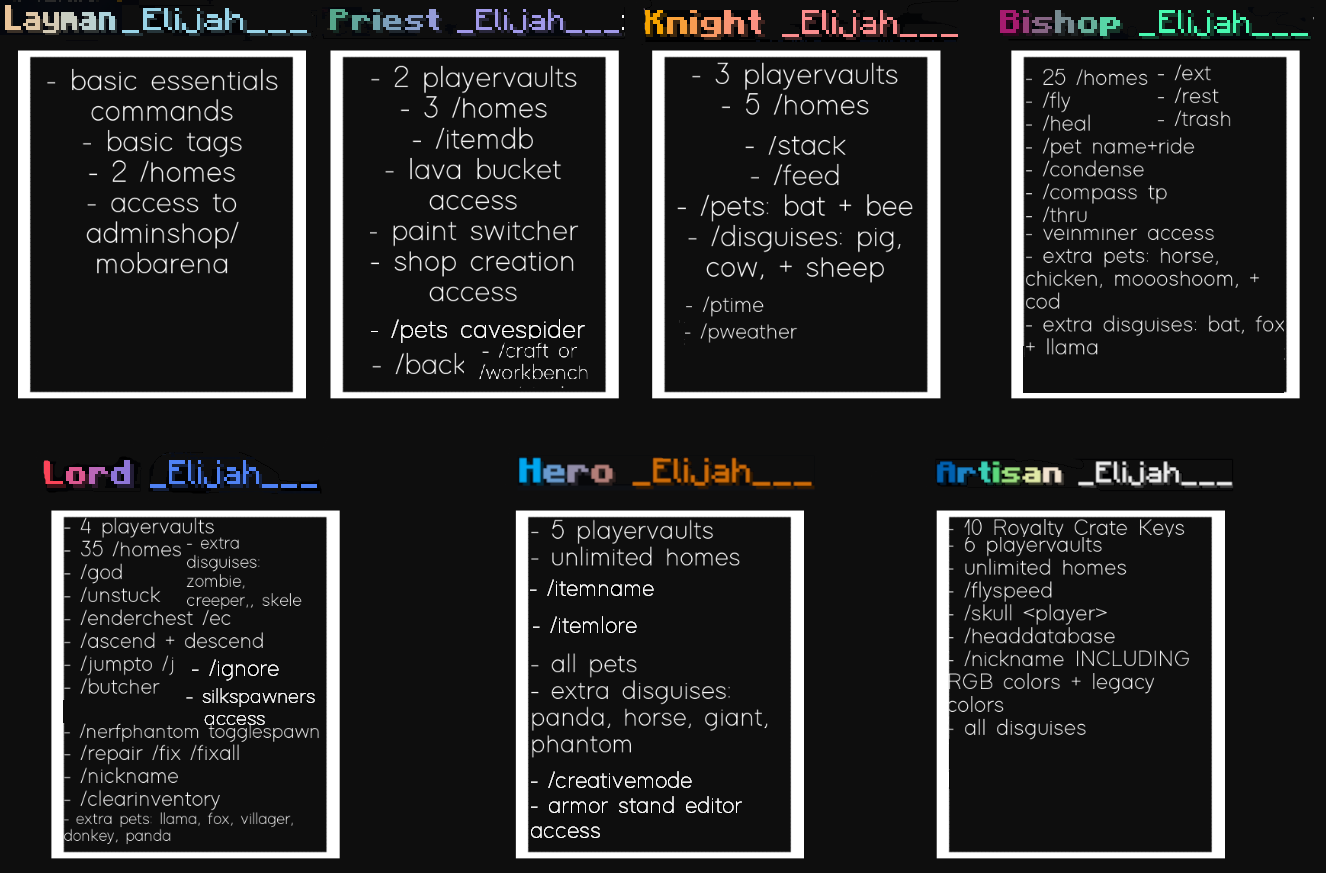 Our aim:
Here at Elijah’s Kingdom our aim is to provide players with a mature environment in which they may freely build and relax.
Come and check us out!

Refuge Realms:
We’re a small server owned by 6 Founders. Every player on the server has become good friends with everyone else; we have a very friendly community. We (the six founders) decided to make this server after unfortunate instances with a different server owner. You can join our discord server to learn more.
Server features:
• Semi-vanilla
• Custom enchants
• No griefing policy – if they grief, they get banned.
• GriefPrevention plugin – you can claim your land!
• Economy
• McMMO
• Survival plots
• No harassment policy

Donator rank?
• Our donator rank has only cosmetic perks and has no unfair advantage over anyone else, and they still have to rank up normally.
Ranks?
• There are up to 7 ranks that you only gain by playing in-game – no money required. You can rank up by earning enough money, exp, McMMO, and playtime, among other things. For example, you start playing on the server as a Pleb. To rank up to Knight, you need:
2 hours total playtime
10 levels of exp
At least $20k, and
At least McMMO power level 50
As you rank up, you can gain access to more and more perks, such as:
• Silk touch + change spawners
• More sethomes, plots, and claim blocks
• /craft, /ec, /head, /fly, /feed, /heal, /fix
Is there PvP?
﻿PvP is allowed with consent. If a player kills you and takes your stuff without your permission, tell staff and we’ll take care of everything for you.
Custom enchants?﻿
Here are some examples of custom enchants on our server:
Firestorm for bows: Spawns a firestorm where the arrow strikes
Germination for hoes: Uses bonemeal from a player’s inventory to automatically grow nearby plants
Grab for tools: Teleports mined items and XP directly to the player