Skip to the content
Devious is a multipurpose and diverse community full of like-minded, friendly and active people with a great environment to be apart of, currently we are hosting 6 Modded Minecraft Packs

We also plan to host other games as part of the Devious Network and plan on bringing more in the future.

These are just the starting foundations for Devious and we are always looking to improve and expand. Our aim is to bring a vast network of all like-minded & great people together! Whilst interacting and playing with many people who all share similar interests, with many channels to share and discuss hobbies, interests, memes and more!

We run all of our game servers on our very own dedicated host with a lot of resources to use, with another new additional dedicated host recently added to our infrastructure! (This means more servers and more fun!) this enables us to play with Lag Free problems and a 24/7 constant up-time.

We have a very active staff team in games and in discord to promote fair play, help and moderate whenever the need arises.
We welcome feedback and suggestions all the time and are always looking to improve in any way we can. We are committed to bringing together a well-respected, fun and easy-going community that we can build and expand for years to come.

We currently have a very active and friendly player-base, which is getting bigger everyday! and always looking for more people to come and join this ever expanding, great community!
If you’re looking for a community of this stature and commitment, then Devious is the place for you!
We hope to see you soon! – Devious Team

SO you are looking for a server made with passion, with hundreds of hours spent to build something awesome with awesome community. HERE I M.

Subcraft have a fresh sight on Minecraft Multiplayer, to take everything good from original Minecraft and add much more to online experience.

It’s kind of a mix of best aspects of minecraft servers, and best combo possible to play with friends or find friends in game.

We have: Custom items like Drills, Factions, Food effects, RP aspects, LFG, Spells, Supply Packs, Mob Effects, Professions Main currency is an Emerald with perfect drop rates and NPC shops and MUCH MORE I CANT EVEN THINK AND DESCRIBE IT. Everything is perfectly combined and synchronized to let you have fun all day and night! 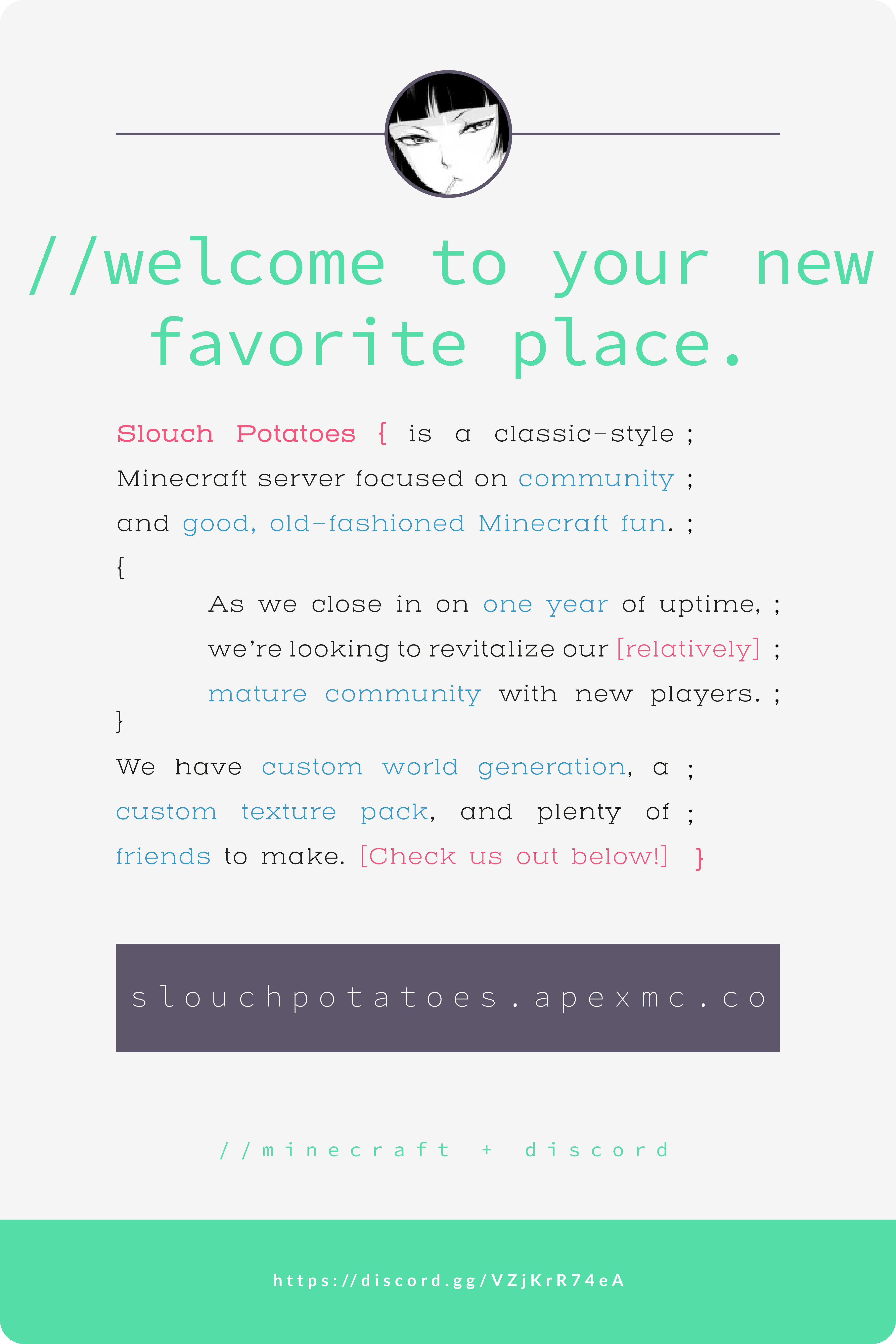 As we close in on one year of uptime, we’re looking to revitalize our (relatively) mature community with new players.

We have custom world generation, a custom texture pack, and plenty of friends to make. Check us out below!

JOIN OUR DISCORD TO APPLY: https://discord.gg/ER7sWGe9aY 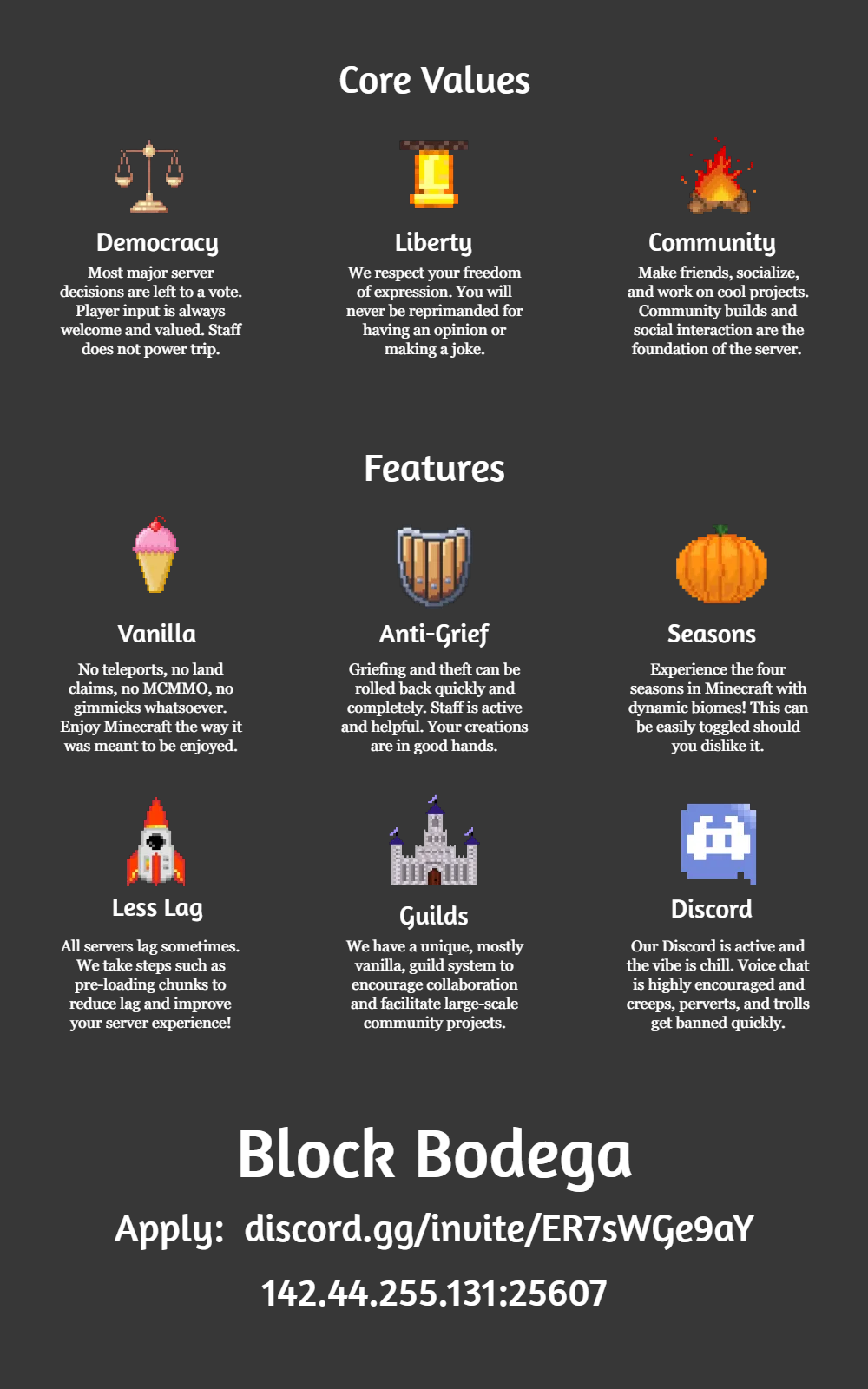 If you’re looking for a mostly-vanilla server with a friendly community, you’ve found one! Everyone is welcome and you can play how and when you want. Griefing and theft is not virtually a non-issue (and can be easily fixed should it occur), and the community is friendly. Hop on, check us out, maybe make some friends!

NEW: We now also have a super-flat creative server where you can prototype builds and mess around!

JOIN OUR DISCORD TO APPLY: https://discord.gg/ER7sWGe9aY

join through discord not IP
Hardcore Mode: CAVES and cliff BIOMES 1.17.1
Hardcore mode willl be the the hardest mode of them so players who want to play with more of a challenge this is the mode for them as players will
recieve 1 day temp ban every death they get with only 100k set boarder. Custom biomes will also create harder lands to travel through, killing ,
stealing and most things are allowed in hardcore apart from no hacking.

join through discord not IP

SocialPlots is the server to chill with your friends, but also meet new people!

Unlike other servers, SocialPlots comes with all the essentials packed, plus a lot of unique bonuses!

Additionally, we also have a Social Media website linked entirely to our server!
www.socialplots-mc.eu

This social media website is simple to use and familiar, and requires no registration or passwords to log into!
Note: the website is currently in beta, and many more features are planned, so stay tuned! 🙂

Our Discord is friendly to use, and lets you verify to ensure your account is secured.

Our Discord will come with more features soon, such as an automatic post of the day and personalized notifications.

So, what are you waiting for? Come give the server a shot!

The Operation Politics Community Server is a server connected to the Operation Politics Discord and Podcast, which aims to discuss politics and news across the country and world. We aim to use our Minecraft Server to bring our community closer together and expand our reach to new horizons!

We feature cool plugins like Towny, Brewery, Chestshop, and The New Economy to help enhance your gameplay experience.

We are always open to new members, however you must be in our Discord Server to participate!

Brand New server! started mere hours ago! Brand new mods! Our Modded minecraft server is a custom blend of mods found from curseforge website. 100% safe jar files. Easy to connect once u learn how to install mods and forge, straightforward. Game version is 16.3 !!! Mods include new biomes, hundreds of new light sources! over a thousand new blocks, armour and weapons stronger than netherite! coffee ingredients that u can farm/grow yourself that provide OP buffs! Furniture, seats, and any other recommendations since this is a community and we all have a say in how the server progresses and grows.

Here is the modpack!!!! https://multifilemirror.com/xahv557mvdd4/mods.zip.html unzip it to your mods folder, minecraft scans them all before opening. We use FORGE

dm me, or join our discord https://discord.gg/CMzYjmp for the modpack! as well as instructions and help needed to join the server.

Lectron was created with one thing in mind – relaxing. For the players that are looking for a server that has custom features with classic old school feel, this server is definitely for you! Our goal is to keep a tight-knit and simple community for those that just want to play Minecraft with friends. So, here’s what we offer:

– Survival with natural mob spawning. Level Up with mcMMO and Jobs
– Our vibrant economy is stable with /Shop, /Trade, /Auction, and /Jobs
– Jobs | Make money doing what you love, even by exploring and walking around!
– Warps | Once you have enough money, you can create a warp
– User-Friendly Land Claiming | Protect your property with ease
– Rank promotions for playing on the server | Each Rank has it’s own upgrades
– Pets | Every player is able to tame their own pet by killing any animal with a lead
– Creative Mode for Grandmasters (no exploit)
– Roleplaying with /Marry
—–
Friendly Community | Although we are a new server, we encourage our future players to be mature, respectful, and friendly!

Simply REPLY to this topic and introduce yourself and we will give you fly ability!

Lectron Minecraft is a popular and long-standing Minecraft survival multiplayer server. Find out what marks us out from the rest!

Lectron Minecraft started out as a combination of old servers that Viet York, the owner made since 2012. Those includes Waffle Minecraft, Sexycraft, asdfcraft, Minecraftly and Molly Town. Lectron Minecraft was established in 2019 with the old data from Minecraftly server. The initial aim of the server was to create a classic and timeless experience for players just as it was back in 2011.

The very first server that inspired Lectron Minecraft was Waffle Minecraft, the first creation of the founder of this server, Viet York. Started out with only $5 at that time, the server became a success with millions of players a day and 800 players online at the same time. The motivation and the success of the previous servers took us to the place we are now building a long lasting server with unlimited world and even more amount of players.

Everything you see in Lectron Minecraft has been built by hand, from legitimately harvested materials. We’re sure you’ll agree, this makes the epic structures here all the more impressive.

Lectron Minecraft has one of the largest truly public map of any Minecraft Survival Multiplayer (SMP) servers. It has grown to terabytes in disk storage space, and has been explored and built in by millions of unique players.

This server has an extended history of modification, and most of its software is bespoke. 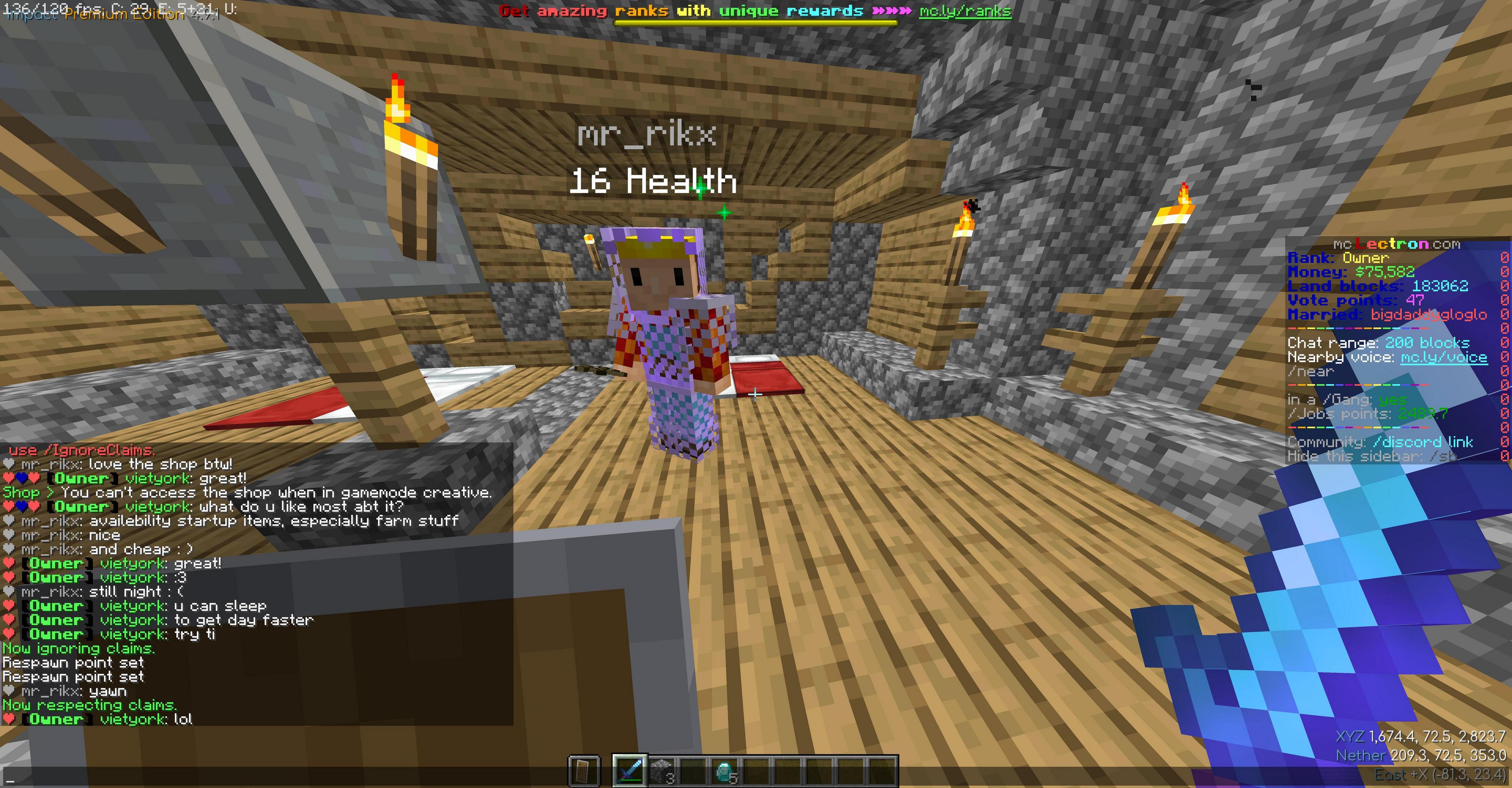 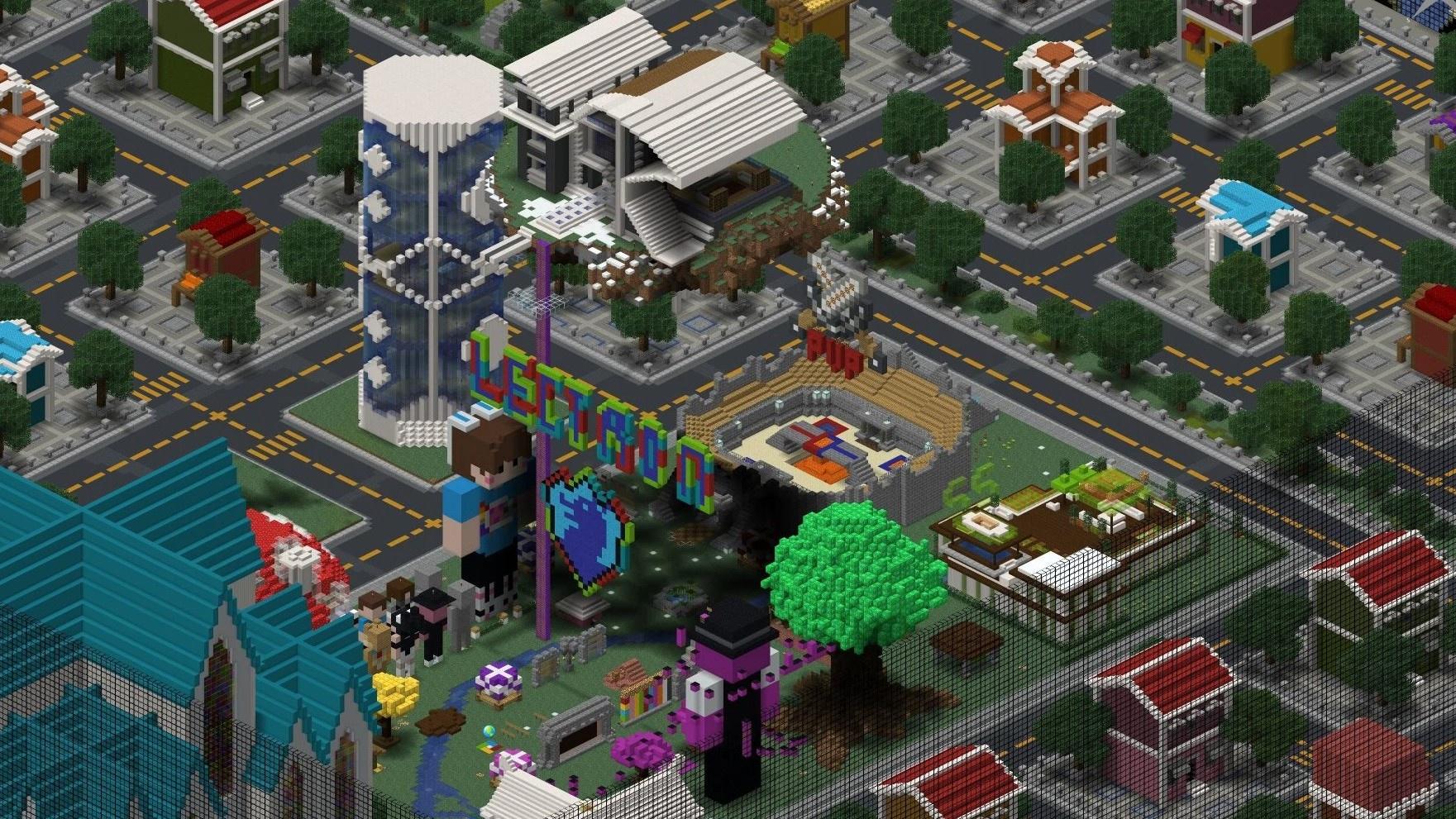 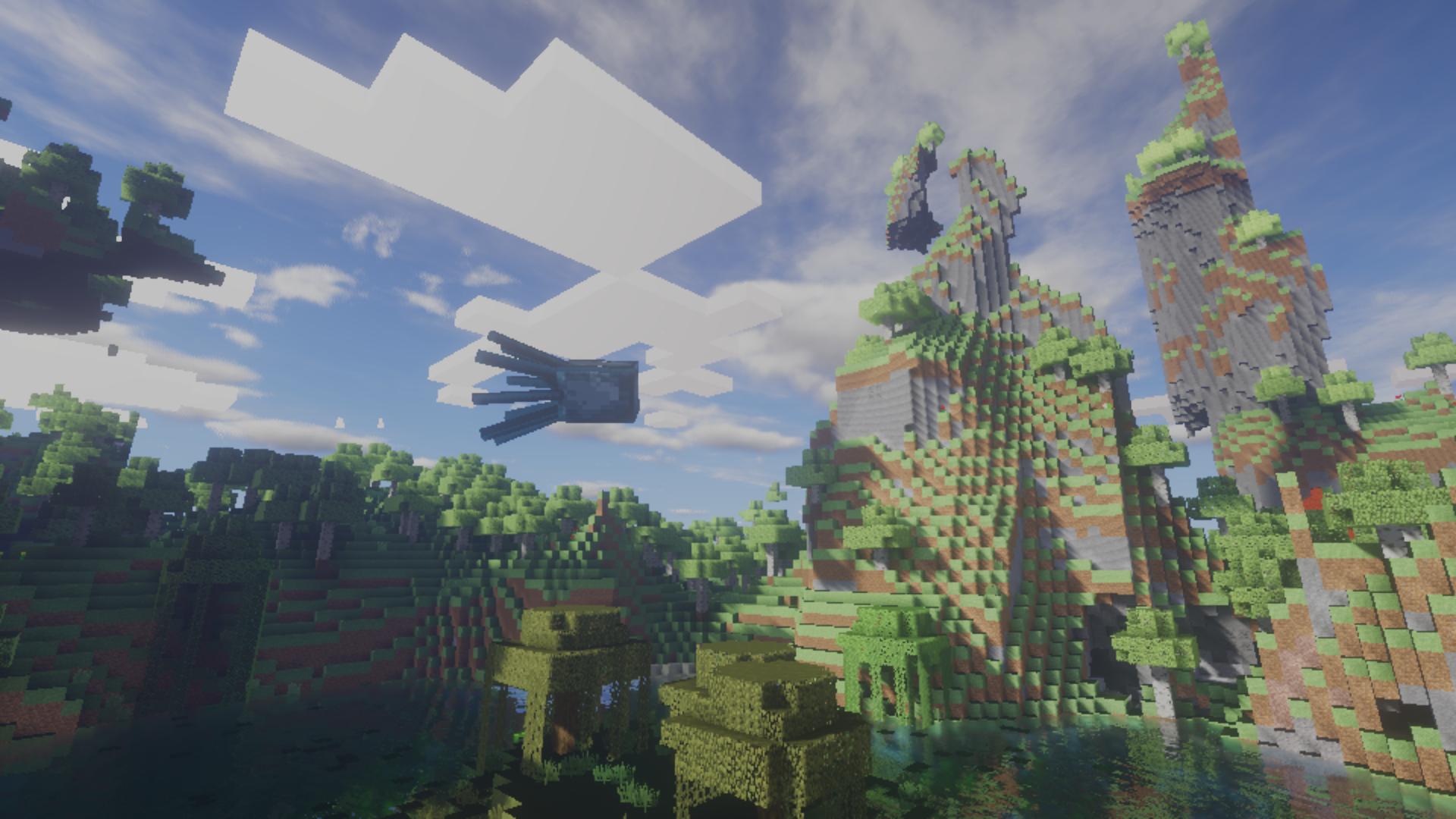 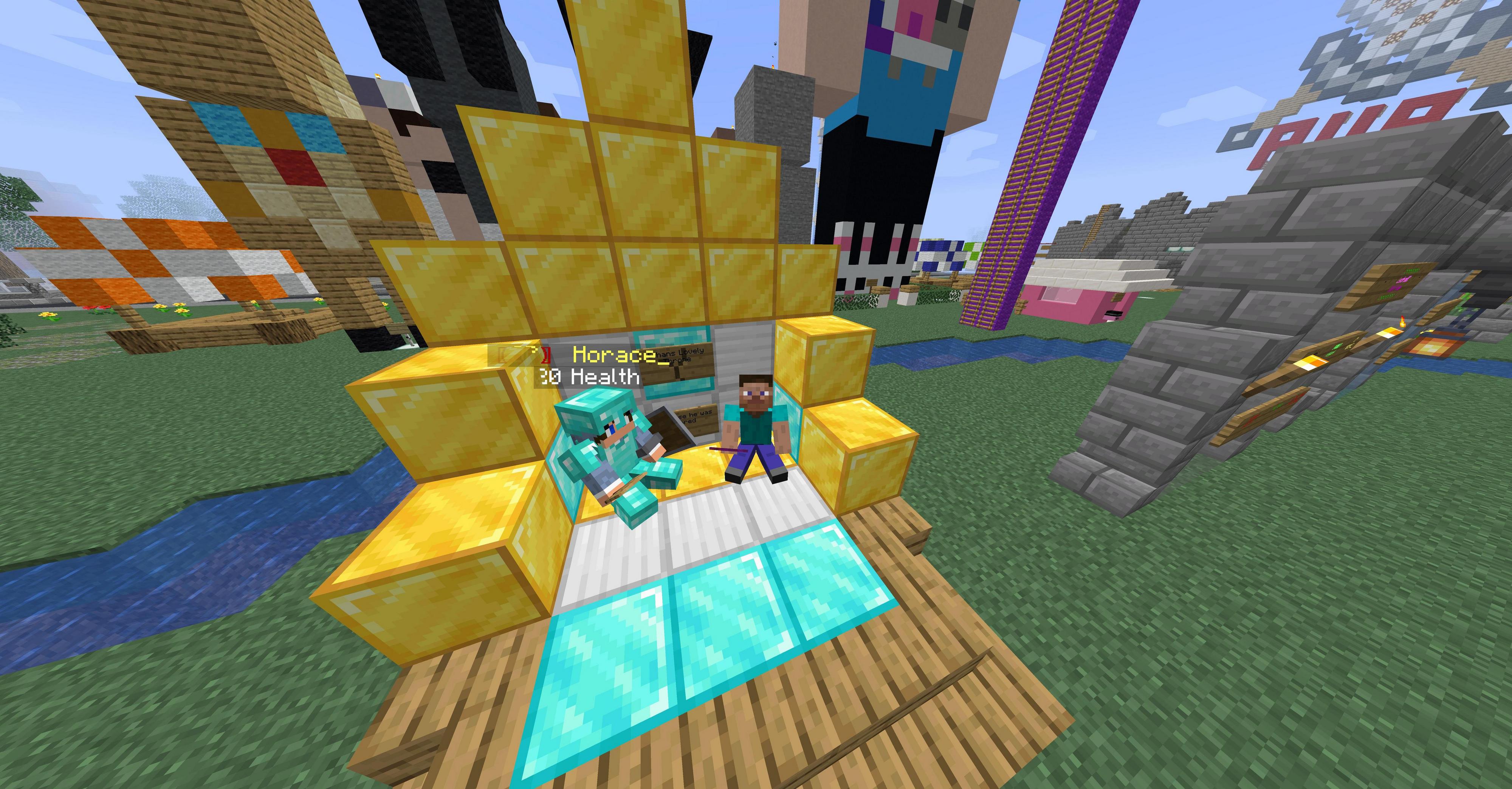 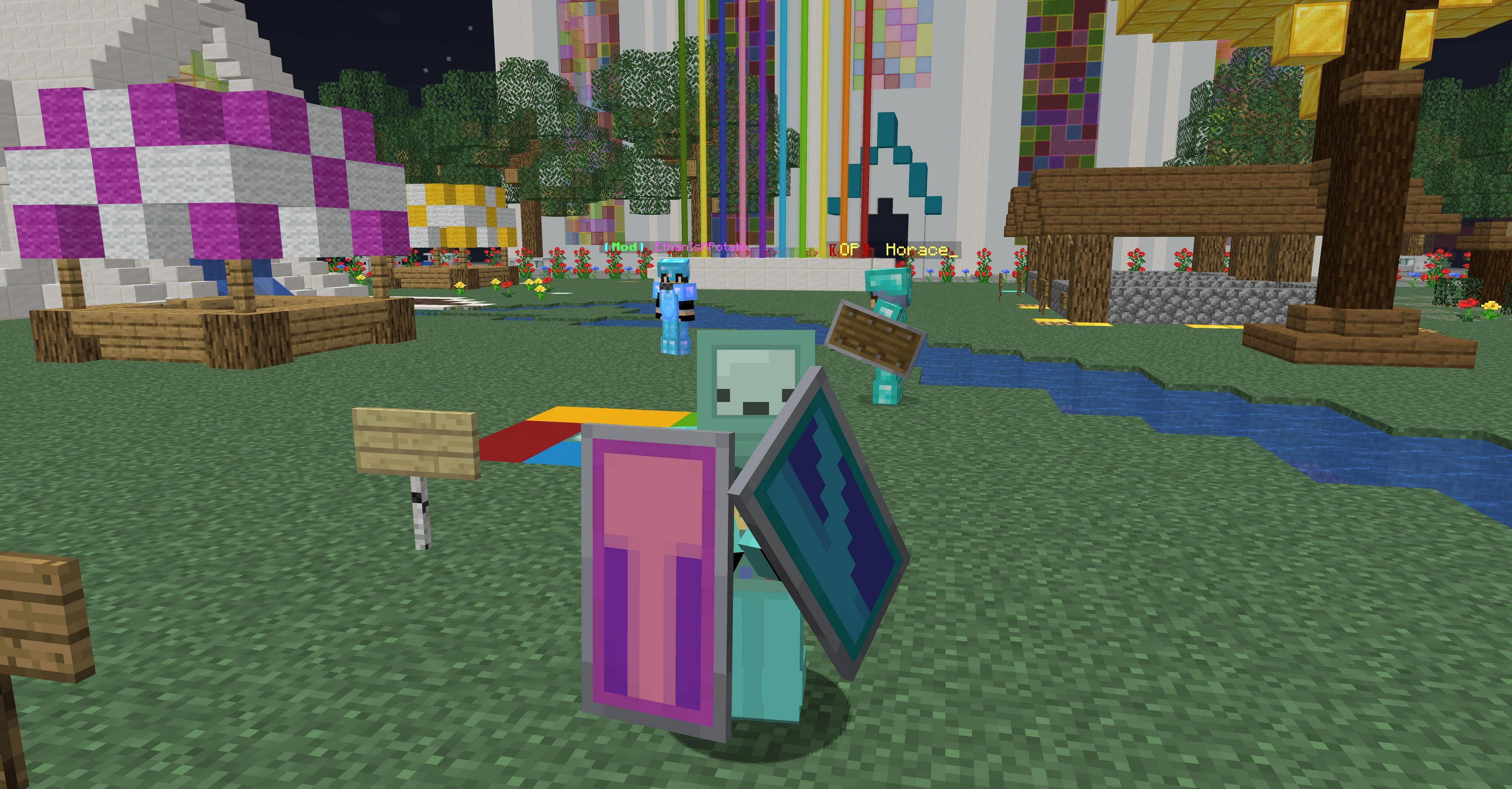 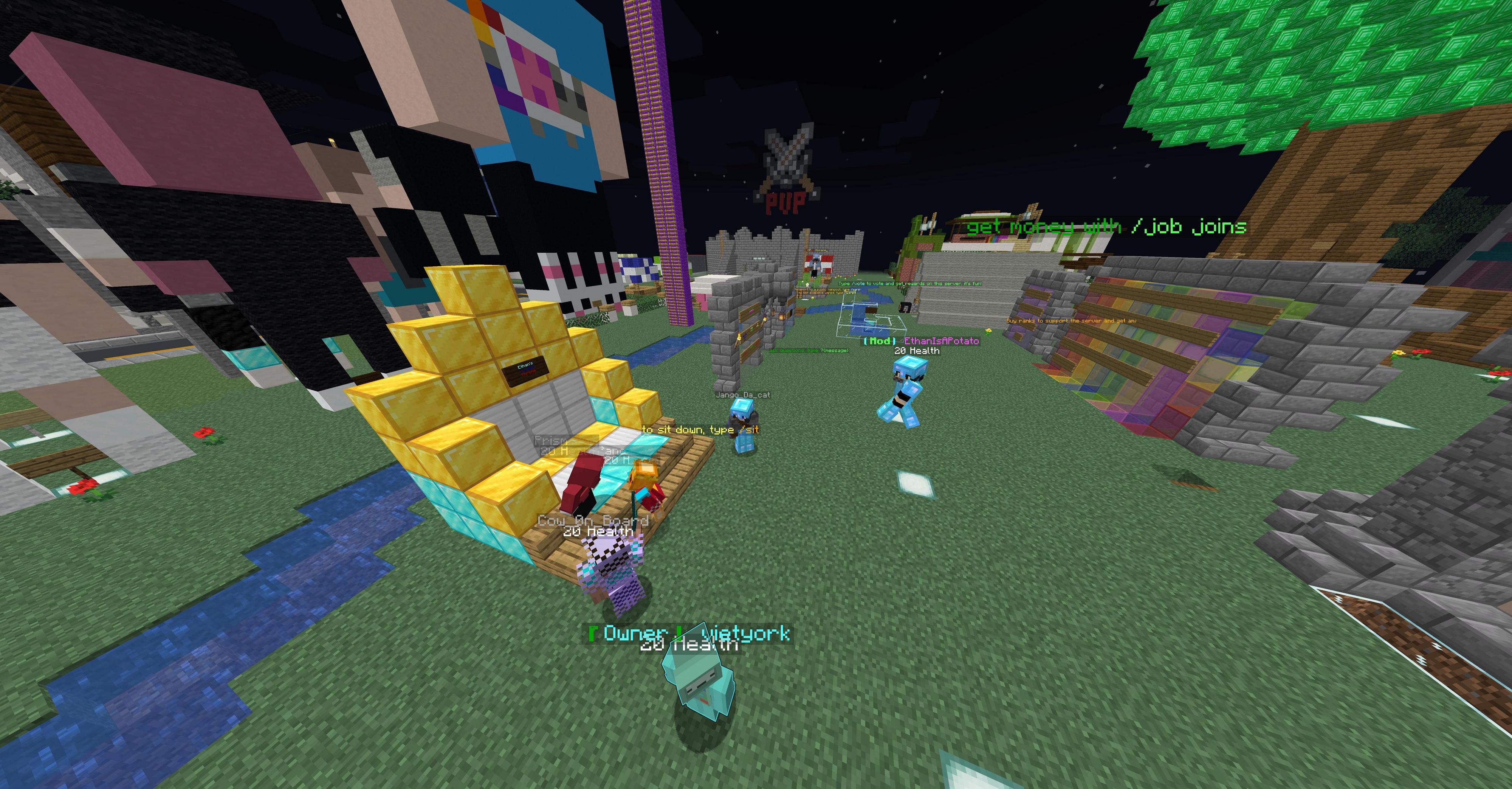 A Vanilla Minecraft server. The only non-vanilla addition are player heads.
Server is located in Australia however the server is open to anyone around the globe.
TeeSMP always has the latest updates in Minecraft available.

ONLY RULES ARE:
– No UNNECESSARY GRIEFING (Unless you have a war with someone)
– Any form of hacks/cheats are NOT ALLOWED
– AND HAVE FUN!